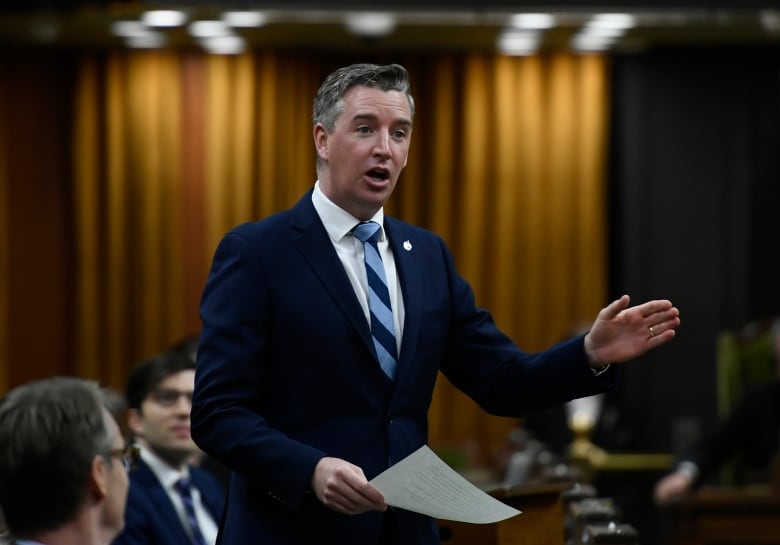 A House of Commons committee is proposing a sweeping series of reforms to the way the federal government makes decisions on contracts after releasing a report on the WE Charity scandal.

Among the nearly two dozen recommendations in its 116-page report, tabled today, the standing committee on access to information, privacy and ethics is calling on the government to not award any contracts to the WE group until an independent audit or a CRA forensic audit can determine how money flows between its charitable operations and their “multitude of side companies and real estate holdings.”

The committee also recommends that the government no longer award contracts to shell companies that lack assets in order to avoid liability.

During the WE scandal it was revealed that the federal government’s $912 million contract with the WE organization to run a student volunteer program was actually with WE Charity Foundation — a shell company set up by WE Charity.

The foundation was set up to hold real estate assets, but those assets had not been transferred to the foundation when the deal with the government was signed.

The committee said it also wants to see changes in rules put in place to prevent conflicts of interests on the part of cabinet ministers. For example, it wants to toughen up the conflict-of-interest screening for ministers before cabinet decisions are made. It also says that public office holders should be accompanied by staff to take notes when they meet lobbyists.

As he tabled the report in Parliament Thursday, Conservative MP Chris Warkentin, the committee chair, said government staffers’ refusal to testify and the difficulty the committee experienced in getting documents caused it to conclude that many questions remain unanswered.

At a news conference today to mark the report’s release, the partisan squabbling that has dogged the committee’s study was on full display.

MP Michael Barrett, Conservative ethics critic and a member of the committee, said the report outlines unethical behaviour on the part of the Liberal government and drew a link between speaking fees and expenses paid to members of Prime Minister Justin Trudeau’s family to the student volunteer contract awarded to WE.

“The report outlines in detail how Prime Minister Trudeau gave a half-billion [dollar] contract to the WE organization, an organization run by well-connected Liberals who paid Mr. Trudeau’s family members over a half million dollars in fees and expenses,” he said.

Barrett called for Canada’s rules on lobbying and conflicts of interest to be strengthened.

“Unfortunately, the numerous tactics used by the opposition members … both (inside) and outside of committee work, stalled the completion of this study, subjected individuals to personal and material damages and undermined the credibility and the role of our independent commissioners,” she said.

“Indeed, it was the public harassment and violent threats against witnesses called to testify for this study that were especially troubling.”

Shanahan said it’s important to ensure the integrity of emergency spending decisions made during the pandemic but said opposition recommendations were either “unhelpful or outside of the scope of this study.” Shanahan said the committee should instead conduct a review of conflict of interest rules and the lobbying act.

NDP MP Charlie Angus said the committee’s study reveals that the WE scandal was driven by politicians — not public servants — and the normal checks and balances didn’t take place.

“This report is about what happens when friends of the government, Liberal insiders, get access where they shouldn’t have access,” he said.

Angus called for tougher conflict of interest rules, more power for public servants to vet organizations and a study of the lobbying act.

“You have to wonder and ask yourself in Canada, what does it take to actually be found guilty of breaching the lobbying act in 2021?” he said.

The report comes a month after Ethics Commissioner Mario Dion concluded that former finance minister Bill Morneau had violated ethics rules in his dealings with WE Charity, but that Prime Minister Justin Trudeau had not.

WE Charity broke its recent silence today to respond to the report.

“It is critical to note that this is a partisan report issued by opposition members of Parliament,” the organization wrote in an e-mail. “WE Charity has had 25 years of independent audits and has been subject to review by two forensic auditors, further confirming the financial integrity of the organization.”

Elizabeth Thompson can be reached at elizabeth.thompson@cbc.ca

Coronavirus: What’s happening in Canada and around the world Monday

Nicaragua arrests more opposition leaders in crackdown ahead of election

Everything you need to know about COVID-19 in Alberta on Monday, June 7