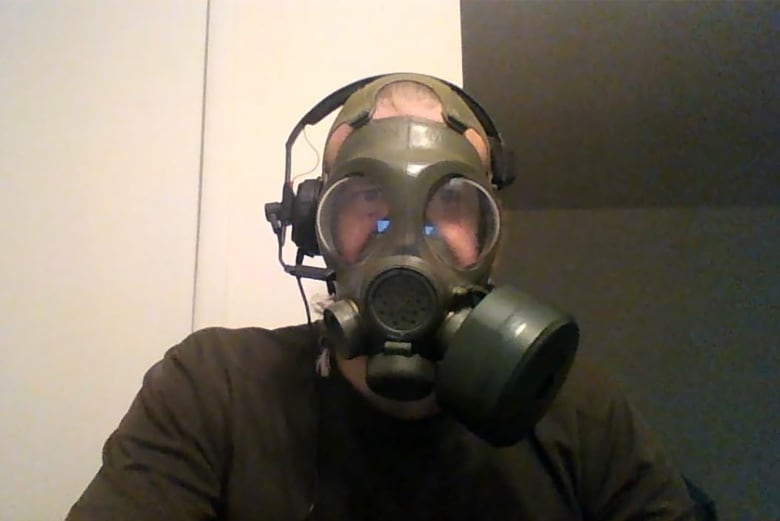 Patrik Mathews — a former Manitoba army reservist and an alleged recruiter for a neo-Nazi group — has changed his plea to guilty in a number of different charges in the U.S. states of Maryland and Delaware.

The 28-year-old appeared before U.S. District Judge Theodore Chuang on Thursday to enter his plea as part of an agreement, and his attorney detailed his work with the white supremacist group The Base and his alleged crimes.

Chuang asked, “Did you do the things the government said you did?” Mathews hesitated, then responded, “Yes, your honour.”

Mathews quietly uttered “guilty” when asked how he pleaded to the charges of possessing a firearm while in the country illegally, illegal possession of a machine gun, possession of an unregistered machine gun and destroying a cell phone that was a part of a federal investigation.

He faces up to 10 years in prison for each of the first three charges, as well as up to 20 years and a $250,000 fine for destroying the cell phone evidence.

Just a few months ago, Mathews pleaded not-guilty to these crimes.

He is accused of acting as a recruiter for The Base while he was in Manitoba, before crossing into the U.S. in 2019.

Prosecutors allege in court documents that Mathews videotaped himself advocating for killing people, poisoning water supplies and derailing trains to incite a civil war in the name of creating a white “ethno-state.”

He was arrested in Maryland in January 2020 and accused of illegally entering the U.S., and charged with the offences in his plea agreement. He was also charged with two counts of transporting a firearm across state lines with intent to commit a felony, which he also pleaded guilty to.

Mathews was also arraigned on Thursday on additional charges from alleged offences in Delaware.

He was charged with being in the country illegally while armed, possession of a machine gun, transporting a firearm and ammunition across state lines with intent to commit a felony and obstruction of justice.

Mathews entered a plea of guilty for all but the machine gun charge.

In April, Mathews was also charged with aggravated cruelty to animals and livestock theft in connection to what is described as a pagan ritual beheading of a goat or ram during a paramilitary training camp in Georgia.

Mathews’ plea agreement detailed his flight from Manitoba after a Winnipeg Free Press reporter infiltrated The Base and identified him as part of the group.

After Mathews illegally crossed the border, he hid out from authorities in Virginia and Georgia, attending various training camps hosted by The Base.

Months later, Mathews got an apartment in Delaware with another member of The Base. There, he learned how to build a gun using an online video and discussed how to finish building it with his roommate.

FBI agents saw Mathews at a public gun range in Maryland with that gun and he was seen shooting it in January.

Just a couple weeks later, federal arrest warrants were issued and Mathews smashed his cell phone and dropped it in a toilet to conceal evidence.

These details were shared in court on Thursday, and Mathews said he agreed with the statement of facts.

Another co-conspirator, William Garfield Bilbrough, previously pleaded guilty to conspiring to transport and harbour an alien — Mathews — and was sentenced to five years in federal prison.

Mathews will remain in custody until his sentencing on Oct. 28.

Coronavirus: What’s happening in Canada and around the world Monday

Alberta family auctioning off over 2 dozen carriages and sleighs