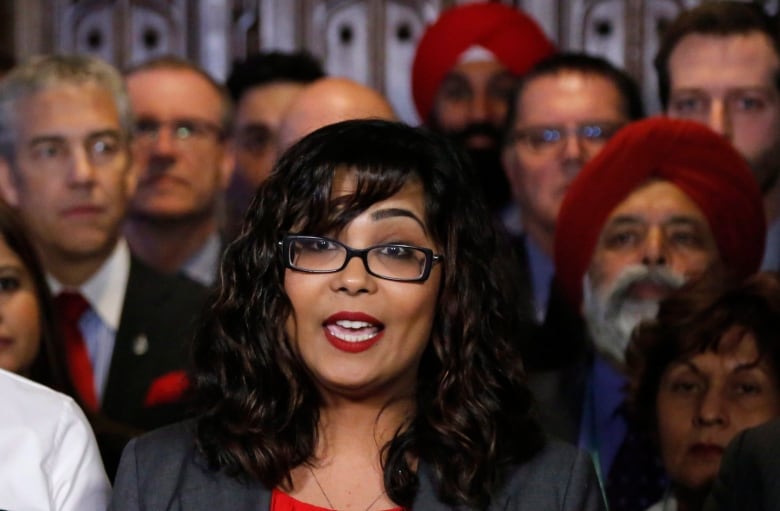 Canada’s political leaders are once again condemning Islamophobia following the deadly Sunday evening hit and run in London, Ont. that police have described as a premeditated hate crime against a Muslim family.

Three adults and one teenager were killed in the incident, in which a pickup truck mounted a curb and struck the victims. A nine-year-old boy was also seriously injured but survived.

The victims spanned three generations of a family.

“To the Muslim community in London and to Muslims across the country, know that we stand with you,” Prime Minister Justin Trudeau said on Twitter Monday afternoon.

“Islamophobia has no place in any of our communities.”

I’m horrified by the news from London, Ontario. To the loved ones of those who were terrorized by yesterday’s act of hatred, we are here for you. We are also here for the child who remains in hospital – our hearts go out to you, and you will be in our thoughts as you recover.

Other federal leaders extended their condolences to Canadian Muslims before denouncing hate crimes against the group.

“This type of vile and extreme hatred must be condemned. An Islamophobic act of terror like this has no place in Canada,” Conservative leader Erin O’Toole said, also on Twitter.

“This is an act of Islamophobia and terror,” NDP leader Jagmeet Singh said in a statement.

Nathaniel Veltman, 20, of London, is facing four counts of murder and one count of attempted murder in connection to the alleged attack. Police say terrorism charges against Veltman are also being considered.

The widespread condemnation and identification of Islamophobia as a motivating factor comes a little more than four years after the House of Commons passed controversial legislation that sought to identify and root out hate against Muslims.

The non-binding motion was dragged into a bitter debate in Ottawa before its eventual approval. Its most dogged critics said the proposal would limit freedom of expression and single out Muslims for special treatment under Canadian law.

A Heritage committee report on systemic racism, religious discrimination and Islamophobia followed in 2018.

The report concluded with 30 recommendations, including the creation of a coordinated national action plan, improved data collection on hate crimes, and the development of new education and training programs.

‘This is a journey,’ says MP who led report on Islamophobia

Liberal MP Hedy Fry, who was chair of the committee when the report was written, said many of the recommendations are in the process of being implemented.

Hedy highlighted improved data collection and public education campaigns as the most critical recommendations. She said those efforts are ongoing and gaining momentum.

“This is a journey. But we need to get the pieces in order to start that journey and I think that our government has begun to do it.”

For Canadians with disabilities, supports are often too little, too late

This elephant herd is wandering through China, causing chaos and capturing hearts

‘We decided to figure out how to love again,’ Sask. residential school survivor says...