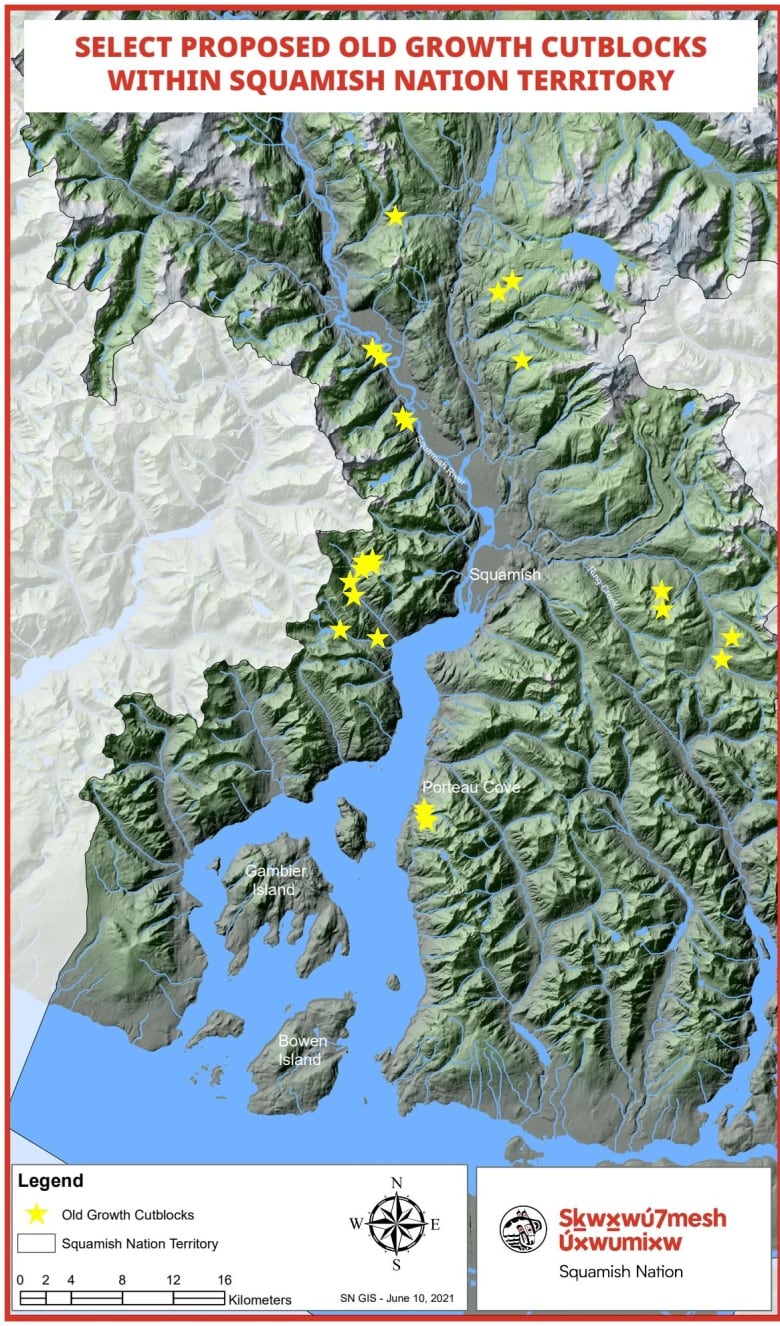 The Squamish Nation says it has notified the B.C. government that it intends to defer old-growth logging in its territory while it develops long-term sustainability plans, following a similar request from three Vancouver Island First Nations this week.

The nation says 44 per cent of old-growth forests in its 6,900-square-kilometre territory are protected while the rest remain at risk, and it does not consent to continued logging in old-growth forests that belong to the Squamish people.

It says in a statement it has identified at least 20 cut blocks within 150 kilometres of Vancouver where old-growth logging activities have been proposed.

Squamish Coun. Khelsilem says in the statement the call for a moratorium on old-growth logging requires B.C. to honour its own commitments after pledging to implement recommendations from an independent report on managing old forests.

The report released last year urged the province to defer logging in old-growth forests at risk of irreversible biodiversity loss while it shifts to a sustainable system, and to support the full participation of Indigenous nations throughout the process.

Forest Minister Katrine Conroy says the province is already in talks with the Squamish Nation about old-growth deferrals, and earlier this year they struck an agreement to protect an area on the Sunshine Coast.

“Our government has received several requests from First Nations on deferrals and have responded to all incoming requests. Many of these conversations are ongoing and we expect to announce additional deferrals this summer,” Conroy said in a statement.

“Because there are several areas in B.C. that have overlapping traditional territory, the province will need to engage with all impacted First Nations before formally accepting any requests for deferral.”

The Squamish Nation’s land-use plan from 2001 outlines the importance of protecting old-growth forests, and the statement says it will update the plan considering legislative and case-law changes recognizing Indigenous title and rights.

Premier John Horgan announced on Wednesday that B.C. had approved a request by three First Nations to defer old-growth logging across over 2,000 hectares in the central Walbran and Fairy Creek areas on southwestern Vancouver Island.

The province would act as quickly as it can on requests from other nations, he said.

The Pacheedaht, Huu-ay-aht and Ditidaht First Nations issued a statement on Monday saying they wanted old-growth logging temporarily deferred in the two areas, including the site at the centre of ongoing protests over old-growth logging.

Activists opposed to old-growth logging have been camped out at the Fairy Creek watershed since August and the RCMP began enforcing a court injunction last month ordering their removal, leading to nearly 200 arrests as of Wednesday.

Businesses prepare to open after months closed due to COVID restrictions

Why not tracking ethnicity, occupation data can undermine the COVID-19 fight

Worried about heart inflammation and COVID-19 vaccines? Here’s what we know