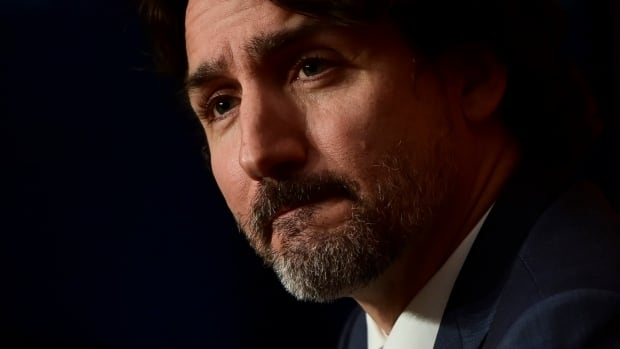 Prime Minister Justin Trudeau is urging Catholics across the country to demand action from the Catholic Church in response to a report that children’s remains may have been discovered near a former residential school in Kamloops, B.C.

The local Tk’emlúps te Secwépemc First Nation announced last week the discovery of what it believes to be the remains of around 215 children buried near the former school’s site. The school was operated by the Catholic Church from 1890 to 1969.

Church officials have so far resisted making public the records related to the school. That resistance is said to be stalling efforts to identify children who may be buried there.

“As a Catholic, I am deeply disappointed by the decision that the Catholic Church has taken now and over the past many years,” the prime minister said during a news conference today.

Trudeau said he’s asked Pope Francis to commit to a number of restitution measures, including a formal apology and the publication of records associated with Canada’s residential school system.

The Church has not yet delivered on any of those requests.

“I think it’s going to be a really important moment for all of us, particularly Catholics across the country, to reach out in our local parishes, to reach out to bishops, cardinals, and make it clear we expect the Church to step up and take responsibility for its role in this.”

A formal apology from the Pope is one of the recommendations coming out of the Truth and Reconciliation Commission’s report.

Father Ken Thorson, leader of the Missionary Oblates of Mary Immaculate, said he supports the call for a papal apology and said the apology his order delivered in 1991 for its role in running the Kamloops school had a positive impact.

“I can only imagine how much more powerful the apology would be coming from his holiness, Pope Francis, who the Indigenous peoples have a great love for. So yes, it would be my hope that at some point in the future this apology can happen,” Thorson told CBC News Network’s Power & Politics.

Thorson also said his order has agreed to turn over school records kept in hand-written diaries as soon as digital copies can be made.

“We’ve committed this past week to transferring, or to making the documents … and so the work of this transfer I hope will begin soon,” he told guest host David Cochrane.

WATCH: ‘A moment of grace’: Priest says he wants Pope Francis to apologize for residential schools

Father Ken Thorson of the Missionary Oblates of Mary Immaculate tells Power & Politics he wants Pope Francis to apologize for the church’s role in Canada’s residential schools. The Oblates ran the Kamloops Residential School and several others across Canada. 8:36

Other school records have been blocked from release

But the federal government has itself been accused of resisting efforts to publish records related to the residential school system and the atrocities that took place within the schools.

As recently as 2020, Ottawa won an Ontario Superior Court case that blocked the creation of statistical reports on residential school abuse claims and the direct transfer of other records to the National Centre for Truth and Reconciliation.

The Supreme Court of Canada also ruled in 2017 that thousands of records documenting abuse at residential schools should be destroyed.

Canada remains in possession of records related to residential schools, though the federal government has signed on to legal agreements that prevent some of the records from being released without the Church’s consent.

If the renewed pressure and outrage from Canadians does not cause the Church to release those records, Trudeau said, legal action could follow.

“If it is necessary, we will take stronger measures,” he said. Shortly after, he hedged on that suggestion.

“Before we have to start taking the Catholic Church to court, I am very hopeful that religious leaders will understand that this is something they need to participate in.”

While the Catholic Church itself has not formally apologized or published exhaustive residential school records, some Canadian Catholic churches have directly confronted the news from Kamloops.

“We all seek the truth and this tragic discovery provides yet another opportunity for us to learn more about this dark chapter in our history and the painful journey experienced by so many of our Indigenous brothers and sisters,” said Thomas Collins, the archbishop of Toronto, in a statement released on Thursday.

You can watch full episodes of Power & Politics on CBC Gem, the CBC’s streaming service.

Chinese rover and lander pose for portraits on Mars

Is a summer hiring spree coming as COVID restrictions ease? Depends on who you...