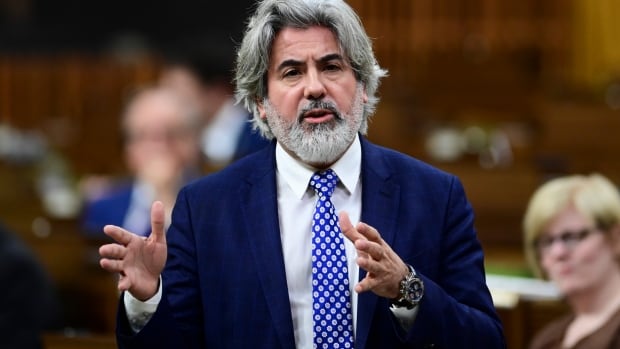 House Leader Pablo Rodriguez said today the Liberal government is determined to pass four key pieces of legislation before summer — and it’s willing to use all necessary parliamentary manoeuvres to get it over the finish line.

With just 10 days left before the House of Commons rises for a months-long break, there is little time remaining to get those four bills — the budget legislation, C-6 (the conversion therapy ban), C-10 (reforms to the Broadcasting Act) and C-12 (the net-zero emissions bill) — through both chambers of Parliament.

And with a possible fall federal election on the horizon, the government is eager to rack up legislative victories to pad its record before asking voters for another term.

Rodriguez could invoke time allocation to get bills through — a tool used to curtail how long members can study, debate or propose amendments to government legislation. The Liberals also have pitched a motion to keep the Commons in business late into the evening for the remainder of the sitting.

Last week, the Liberals’ election campaign co-chairs declared a “state of electoral urgency” and suspended the normal rules to allow the party to nominate candidates quickly — a sign that party operatives are preparing for an election that could come at any time in this minority Parliament.

MPs also have unanimously agreed to hold a “take-note debate” in the Commons on June 15 to allow members who aren’t running again to “make their farewell speech.”

But Rodriguez denied today that the government’s legislative demands are motivated by the prospect of an imminent election call.

“We don’t want an election. We want bills. No election — bills. Bills to help children from the LGBT community, bills to help our artists, our cultural sector, bills to protect the environment,” he said.

Prime Minister Justin Trudeau has said repeatedly that “nobody wants an election before the end of this pandemic.”

Asked why some of these bills couldn’t be held back for Parliament’s scheduled return in the fall, Rodriguez said the Liberals were elected in 2019 with a mandate to pass progressive legislation and accused the opposition Conservatives of working to block bills that have some support from the other parties.

“I cannot overstate the urgency of this,” he said, adding that further delays threaten gay and lesbian kids who may be subjected to “conversion therapy,” a practice many experts agree is harmful.

He said punting action on climate change by delaying C-12 — which would force current and future federal governments to set binding climate targets to get Canada to net-zero carbon emissions by 2050 — would be irresponsible.

“Is there a more urgent topic than the environment?” he said.

The Conservatives also say they have issues with the individuals the government has appointed to a net-zero advisory panel, saying the oil and gas industry was left out while “climate activists” were left in charge.

The Tories also are fiercely opposed to Bill C-10, legislation the government says is meant to make digital streaming services pay for the creation, production and promotion of Canadian content.

If passed, Bill C-10 would make online streaming platforms that operate in Canada — like Netflix, Spotify, Crave and Amazon Prime — subject to the Broadcasting Act, allowing the Canadian Radio-television and Telecommunications Commission (CRTC) to impose regulations on them.

But the Conservatives maintain the legislation is too heavy-handed and threatens “Canadians’ fundamental rights and freedoms” because it would give the CRTC the power to regulate posts that millions of Canadians upload every day to social media platforms.

‘Kings of the filibuster’

Rodriguez said the Conservatives have been spreading “lies” about C-10.

“It forces the web giants to pay their fair share. Who can be against that? The Conservatives. The Conservatives have been spreading lies about the bill. This must end. The bill must move ahead,” he said.

Conservative House leader Gerard Deltell said it’s hypocritical of the Liberals to accuse the Tories of stalling anything when it was Liberal MPs who filibustered committees probing various government scandals, including the WE Charity affair and the government’s handling of sexual misconduct in the armed forces.

“Without a shadow of a doubt, the Liberals are the real kings of the filibuster,” Deltell said, adding Liberal MPs have filibustered for 167 hours at five different committees since Parliament’s return last fall.

Deltell said it’s ultimately the government’s responsibility to get its legislation through Parliament, and it’s the job of the opposition parties to oppose. “They call the shots,” he said.

The government’s decision to prorogue Parliament at the height of the WE Charity affair last summer was what led to the most significant legislative delays, Deltell said.

“When you make the reset, you’re burning a lot of time in the House of Commons,” he said.

Emu on the run captured at Prince George airport, but manages another leap to...