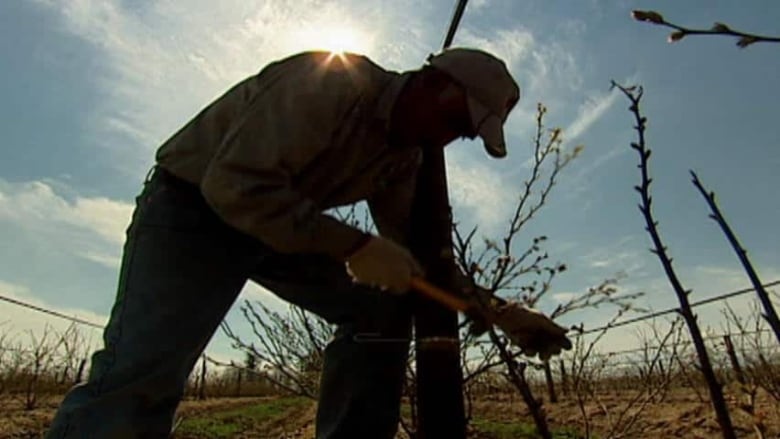 From insufficient access to toilets to cramped living conditions, a new report that includes testimonies from migrant farm workers in Canada paints a bleak picture of their housing conditions.

“We are living in conditions of modern-day slavery,” said one migrant worker, in one of the anonymous testimonies included in the report released by the Migrant Rights Network on Thursday.

“We have no indoor bathroom. We have to use a portable toilet outside or pee in a bottle. No internet or television. No dryer or washing machine…. It feels worse than if we were in prison.”

The report, based on feedback from 453 workers and specific to 330 of them, was assembled in response to the federal government’s proposed Mandatory Employer-Provided Accommodations.

The government began consultations last year with stakeholders to establish the bar for employer-provided accommodations for the Temporary Foreign Worker Program.

In addition to the testimonies, the report includes surveys and photographs, demands for change for workers, and calls for “dignified” housing for all. It didn’t name either the companies that hired the workers or where in the country they were located.

The impetus for the report stems from concerns over the treatment of temporary foreign workers during the pandemic. Thousands of them contracted COVID-19 in 2020, with the Windsor-Essex County Health Unit repeatedly pointing to congregate living as a big factor in its spread.

One testimony in the report describes up to 60 people sharing one living space, with a bathroom and kitchen.

However, the report says, about 44 per cent of the time, five to 10 people shared one house.

Photos in the report show bunk beds separated by curtains, dirty kitchens and toilets. One photo shows a ceiling that’s falling apart. The report does not identify where these photos were taken, and CBC has not independently verified the images.

Lack of privacy is one of the concerns highlighted in the report.

“We’re very close together, and the bunk beds are in a poor state and we can’t rest well,” one migrant worker described in another anonymous testimony.

The same worker described not being able to leave the farm freely or to have visitors, with some wishing their families could join them as well. Some workers come to Canada for eight months a year, while others might stay for two or more years at a time, according to the report.

The report also says nearly half of all respondents pointed to space as a key priority. Many would like space to have time alone, more space to store their personal belongings and separate change rooms.

Another testimony noted, “We’re not asking for luxuries in the house, but merely a decent space where we can have an eight-month work stay with respect and dignity.”

A third of the respondents called for better quality of life, calling for clean drinking water, air conditioning and hot water for showers.

“We shouldn’t be crammed in tight spaces and force to work in dangerous conditions, and to be victimized for standing up for our rights,” one worker said in an anonymous testimony.

“We as farm workers should feel home while we are here and not like we are in prison.”

The report also cited concerns around employer control of workers, mentioning surveillance and control over their movement.

In addition to the Migrant Rights Network calling for national standards for dignified housing, it continues to call for full and permanent immigration status for all migrant workers.

CBC has reached out to the federal government for comment, but has not yet heard back.